Etihad Airways has launched flights to Bangalore, its eighth destination in India – the Garden City, Bangalore.

Etihad operates four return flights a week to Bangalore, which is the capital of the Indian state of Karnataka and the country’s third most populous city.

The airline will increase to a daily service on the route from 25 March 2011, at the commencement of its summer scheduling season.

“India is a hugely important market for Etihad – in fact, we operate to more destinations in India than any other country,” said Neerja Bhatia, Etihad Airways’ Country Manager in India. “We are delighted to be able to reach out to our guests in Karnataka through this new direct service – the first to operate between Bangalore and the capital of the United Arab Emirates, Abu Dhabi.”

Etihad operates a two class Airbus A320 on the new Bangalore route configured to carry 140 passengers with 20 in Business class and 120 in Economy class.

With the addition of Bangalore, Etihad flies to eight Indian destinations including the cities of New Delhi, Chennai, Mumbai, Kozhikode, Thiruvananthapuram, Hyderabad and Kochi with a total of 49 flights to India per week.

About Naina Devi Temple
The well-known place of worship of Naina Devi is 57 km from Bilaspur, 151 Km… 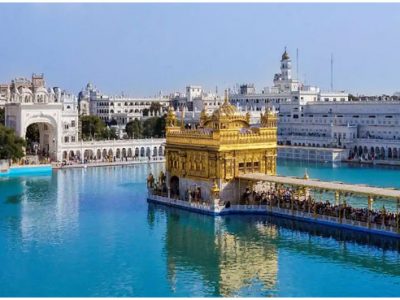