The national capital was named on Monday the country’s most competitive city for the second year in a row, as per a survey that analysed different cities on factors like their investment climate and governance matters.

Delhi has pipped the financial hub Mumbai and IT hotspot Bengaluru to grab the top slot in the annual survey conducted by the Institute for Competitiveness (IFC).

Releasing its City Competitiveness Index 2011, the IFC said in a statement that the he report was an indicative of how the corporate world selects the cities for investing and also how governance is important in assessing the level of competitiveness diversity spread across these cities.

In the list of 50 cities, Delhi is followed by Mumbai, Bengaluru, Pune, Chennai, Gurgaon, Kolkata, Hyderabad, Ahmedabad and Jaipur in the top-ten positions. People have realized Delhi is a fascinating and glorious destination, with a growth in flights to Delhi.

“The growth and progress under some parameters is remarkable and if Delhi continues to keep the pace then it may become unbeatable in some time. For instance, its physical infrastructure, its demographics, some business dimensions are its strong areas,” the report said.

“In addition, its proximity to the cities like Gurgaon and Noida add an advantage to its basket,” it added.

The report said that Bengaluru and Pune have moved up from their fourth and eighth ranks, respectively, last year, while Chennai has dropped three positions to fifth place now.

“It is the responsibility of the government, firms and the people to offer an almost perfect (cost effective and business positive) solution to make India a prosperous country,” IFC Honorary Chairman Amit Kapoor said.

Incidentally, Delhi today completed 100 years of its emergence as the capital of the modern India. People now take advantage of great flights to Delhi, and take in the sights and sounds of India.

Delhi was proclaimed as the capital of British Raj on December 12, 1911, shifting from Kolkata, by then Emperor of India George V thereby returning to the historic city its lost glory.

Tourist Attractions in Ahmedabad
Ahmedabad’s captivating blend of medieval and contemporary history is punctuated by its many remarkable attractions.…

Things to Do in Amritsar
The city of Amritsar is a lovely mixture of tradition, culture, history, and food. Established… 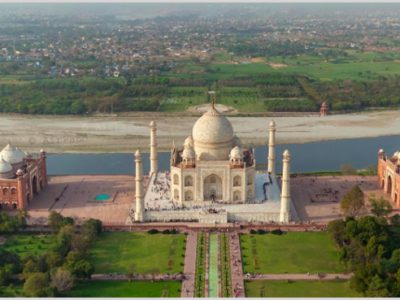