Chennai could become the third city after Goa and Mumbai to have two airports in India. The new airport is likely to be completed by 2016-17 and is about 30 km from the existing one.

An announcement for a second airport in Sriperumbudur, near Chennai, could be expected as early as April this year, official sources in the know told Business Line.

“We expect to have the inauguration ceremony for the modernised existing airport in April or latest in May. At that function, there is a strong possibility that an announcement will be made giving the green signal for the second airport in Sriperumbudur,” official sources said.

The cost of the project is estimated at Rs 6,000 crore, according to a report by The Hindu Business Line.

About 5,500 acres of land for the project has already been identified and a project report on the viability of the Sriperumbudur airport is already with the State Government.

Currently, it is proposed that the existing airport will operate alongside the new Greenfield Airport. “It will be left to the airlines to decide where they want to fly.

“It would take about four to five years from the time the project is sanctioned for the new airport to come up; so, it is reasonable to assume that Sriperumbudur could become operational by 2016-17,” sources pointed out.

Initially, the Sriperumbudur facility, which will be an international airport capable of handling up to 5 million passengers annually, will be managed by the state-owned Airports Authority of India (AAI). Eventually, the AAI will look at divesting some stake to a private sector partner. The State Government will be a partner in the project.

“The AAI has proposed that after 8-10 years of running the new airport, it will look for a partner.” sources said.

According to sources, despite the ongoing modernisation at the Chennai airport, the city will need a new airport in a few years and hence the need to expedite the Sriperumbudur project.

Chennai, formerly known as Madras is the capital of the great state Tamil Nadu and is one of the four metropolitan cities in India. This 350 year old city grew up under the huge influence of an English settlement of Saint George, despite having a British influence, Chennai has been successful in retaining its traditional Tamil Hindu culture and have been able to provide a unique blend of foreign influence and Indian culture. 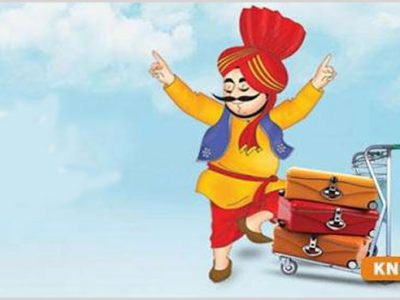